We've got some exciting things on the schedule for the month of February. The announcement is available now. Click below to view it.

Vito will be teaching West Coast Swing on Thursday nights at the Georgetown Clubhouse. For those of you who are unfamiliar with West Coast, there are many styles of swing dancing. All of them are very popular.
Jitterbug and Single Swing are considered some of the original forms of the dance, and if you know some swing, chances are you are dancing one of those styles. East Coast Swing, often called "triple swing" is essentially the same thing, but with a triple step added.
West Coast Swing (sometimes referred to as WCS) has been around for a while - at least since the 1940s, when people danced the Lindy Hop. But dancers will tell you, West Coast has gained an almost unbelievable amount of popularity in recent years. It's one of the latest, hottest dance crazes!
Why is West Coast Swing the dance to know today?
Well, it's a bit different than the other swing styles. It is danceable to a very wide variety of songs. It lends itself to all kinds of popular music, and particularly well to blues and country. It is a slot dance that can be useful on a tight and crowded floor. But at the same time, if you do have the space to really perform, it can be made to look impressive without years of training and practice. It is stylish and sleek. Not to mention fun! Overall, West Coast Swing is a handy social dance to know.
Come join us for West Coast Swing on Thursday night. Vito will be starting with the basics, and then adding stylish patterns after we've all caught on. This class is guaranteed to be a good time!
Until next time... keep dancing!
Sandia
Posted by FPE Automation, Inc. at 5:02 PM No comments:

Dance with us this Friday!

Our monthly dance is this Friday night at the Georgetown Clubhouse in Wood Dale! We're looking forward to warming up on a chilly night with some sizzlin' dancing. Come join the fun!!!

The Clubhouse is right off Irving Park Road. It is a very nice location for a dance, and isn't too hard to find.
Hope to see you there!
Click here for detailed directions.

View Larger Map
Posted by FPE Automation, Inc. at 10:14 AM No comments:

Salsa Class is On Now!

Class started up on Friday night the 4th at the clubhouse after a brief holiday break. It was great to be back! January's dance is salsa (a.k.a. mambo).

Vito teaches one pattern each evening, so if you missed the first class, you won't be behind if you attend the next one. It is something I've always appreciated about Vito's teaching style. Some instructors are not as accomodating, if you miss a class... you're out of luck. Not so with Vito. Come on by, and you won't have missed a beat (pun intended)!
So join us this Friday for sizzlin' salsa! Couples and singles and dancers at every level are welcome!

Wednesday night, Vito will host his advanced class at 8:00p.m. Contact Vito if you are interested in attending. We do have room for extra people. Both singles and couples are welcome. Ballroom dance experience is recommended for the advanced class.

Vito is the guest dance host once a month at Ballroom City in Villa Park. This month, that dance takes place on Saturday, January 19th. The free lesson included with the dance is Cha Cha in January, followed by a dance party. Guaranteed to be a great time!

Our next dance at the Georgetown Clubhouse takes place on Friday, January 25, 2013. This is always a great dance. Stop by and see us! We think you'll add this once-a-month event to your regular dance schedule.
Hope to see those dancing feet of yours around this week,
Sandia

Posted by FPE Automation, Inc. at 3:30 PM No comments:

We're back, and excited to dance in the new year!
Vito and Liz Ellison co-hosted an absolutely lovely dance party at Ballroom City on New Years Eve. What fun! You can see photos on Vito's Ballroom Dance Club Facebook page.
Salsa class starts Friday night at the clubhouse. Don't miss it - start 2013 out sizzlin! The details are available on Vito's website. Click the image below:

Our next monthly dance takes place on Friday, January 25, 2013. Mark your calendar, we'd L-O-V-E to see YOU there!
Wishing you a healthy and prosperous 2013,
Sandia

Posted by FPE Automation, Inc. at 3:55 PM No comments: 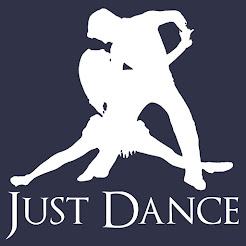